[Note: The author will be presenting the SPE webinar “Degradation Failure of Plastics” on Feb. 18; see more details near the end of the article in the sidebar.—Ed.]

The dominant mechanism of molecular degradation and the extent of degradation are dependent on the composition of the plastic resin and the surrounding environmental conditions. Significant property reduction can occur within most polymer families as a result of molecular degradation. All forms of degradation represent chemical reactions that result in molecular structural changes that are accompanied by noted decreases in physical properties. The reduction in molecular weight associated with degradation inherently leads to lower ductility due to the accompanying loss of entanglement of the now shortened polymer chains. This reduces the
energy required for disentanglement/ slippage to occur and shifts the preferred mechanism from ductile yielding to brittle fracture.

The manifestations of molecular degradation can include:

– loss of gloss, and

Molecular degradation can occur throughout the lifecycle of a plastic component. Regardless of when the degradation occurs, the effects can lead to premature failure of the component. (An example of a failure is shown in Figure 1, and some typical circumstances are listed in Table 1.)

Thermal oxidation is the degradation of a polymeric material through contact with a chemical oxidizer. Most polymers are subject to oxidation, and it is the most common form of plastic degradation (consider Table 2).

Oxidation is a chemical reaction in which oxygen is introduced into the molecular structure of the polymer, creating a form of carbon-oxygen bonds known as carbonyl functionality. It produces a permanent change within the plastic, most often in the form of molecular weight reduction through shortening of the polymer chains. Oxidation takes place via a multi-step reaction based on free radical formation. Free radicals can be found within plastic formulations as unintentional residual byproducts of polymerization, as formulation additives, or as contaminants. These free radicals react with oxygen to attack the polymer backbone covalent bonds.

In most cases, the rate of the degradation mechanism will accelerate with time as the reaction proceeds to autocatalyze. Through thermal oxidation, the polymer chains are cleaved, and the resulting shortened chains are terminated with oxygenated functional groups, including carboxylic acids, esters, ketones, and aldehydes.

Photo-oxidation, commonly referred to as ultraviolet (UV) degradation, is the degradation of a polymeric material through exposure to terrestrial light energy in conjunction with contact with a chemical oxidizer, such as air. Based upon their structure and the functional groups comprising the polymer, some plastics are inherently susceptible to photo-oxidation. Given enough light energy input, these susceptible functional groups, known as chromophores, cleave to produce free radicals.

Degradation through photo-oxidation is very similar to the thermal oxidation, and is driven by the production of free radicals. Essentially, the exposure to light energy results in the accelerated formation of free radicals, which speeds the initiation of the degradation reaction. Photo-oxidation is a chemical reaction facilitating the incorporation of oxygen into the backbone structure as carbonyl groups, resulting in molecular weight reduction of the polymer.

UV energy at short wavelengths is most severe toward polymeric materials, and can break the covalent molecular bonds forming the polymer backbone. The shortest UV wavelengths found within the Earth’s atmosphere are sufficient to produce this degradation. Most often, the chromophore that is susceptible to the UV energy is a functional group within the polymer; however, it can also be associated with an additive within the formulation. Bonds susceptible to photo-oxidation include carbon-nitrogen bonds such as nitrile, amide, and amine; carbon-oxygen bonds such as ether, ester, ketone, and carboxylic acid; carbon-chlorine bonds; oxygen-oxygen bonds such as peroxide; and nitrogen-hydrogen such as amide and amine.

Degradation damage is generally limited to the surface layer exposed to the UV radiation, to a depth of approximately 150 µm. The depth of the degradation penetration is determined by the extent of oxygen diffusion into the material. However, even damage to this minimal degree can produce a deleterious outcome. The radiation exposure degrades the polymeric material, which results in a brittle surface layer. This degraded layer is then subject to localized shrinkage, producing stresses, or the direct application of stress in the application. This stress, and the accompanying strain, makes the material more prone to further oxidation and results in the initiation of cracks within the surface layer. The cracking subsequently extends into the base material through brittle fracture.

Chain scission is the degradation of a polymeric material in the absence of a chemical agent, in particular without oxygen. As part of chain scission, the molecular structure of the polymer is altered solely based on energy, potentially as exposure to high levels of stress or elevated temperature. The covalent bonds forming the polymer backbone will break down randomly, resulting in rapid decreases in molecular weight.

Like thermal oxidation, chain scission proceeds via a free radical mechanism. As the polymer backbone chains are broken, carbon-carbon double bonds, known as unsaturation, are formed. The absence of oxygen drives this degradation mechanism. Normally, chain scission is caused by exposure to elevated temperatures in combination with high shear stress, and is often associated with processing techniques where air is not present.

Hydrolysis is the degradation of a polymeric material through contact with water, specifically the hydrogen cations (H+) or hydroxyl anions (OH-). Hydrolytic degradation can occur within plastic materials as a result of submersion in water, progression through condensation cycles, or by exposure to steam. It can also result from contact with acids (high H+ concentration) or bases (high OH- concentration), which can dramatically accelerate the process.

Like the other types of molecular degradation reviewed here, hydrolysis represents a chemical reaction that results in a permanent change within the molecular structure of the polymer. The hydrolysis mechanism proceeds through the reaction of the polymer with water, resulting in the cleavage of the susceptible functional group, commonly into chemical species that resemble the initial reactants used in the original polymerization process. With some polymers, water is produced as a byproduct of the hydrolysis reaction, and in these cases the degradation proceeds relatively rapidly.

It is important to recognize that hydrolysis is different than water absorption. While water absorption can significantly alter the mechanical properties of a plastic, particularly nylon resins, the effect is transient and reversible.

A plastic elbow connector used in a food service application failed while in service after approximately six months of use (Figure 2). A series of connectors installed within equipment at the same site had all failed prematurely, while parts at other locations had performed as expected. As part of normal operation, the systems are cleaned using a variety of commercial products. The elbow connector was stated to be produced from a nylon 6/6 resin.

Microscopic examination of the failed connector confirmed a catastrophic transverse crack within the nipple end of the elbow. The fracture surface displayed features associated with brittle cracking. Inspection of the interior surfaces of the elbow revealed widespread cracking in an intersecting pattern, commonly referred to as mud cracking (Figures 3-4).

The exterior surface of the failed part showed significant discoloration in the form of yellowing; however, cracking was not found. The extent and form of the cracking was indicative of molecular degradation of the elbow material initiating from the interior. Scanning electron microscopic (SEM) examination revealed further evidence indicating molecular degradation was severe and consistent with chemical attack associated with exposure to an aggressive, incompatible chemical agent

Fourier transform infrared spectroscopy (FTIR) was performed on the reference elbow, and the obtained results were consistent with a nylon resin (Figure 5). The interior surface of the failed elbow was also analyzed, and the resulting spectra contained absorption patterns associated with the nylon base material. However, additional absorption bands indicative of carbonyl functionality were also present, consistent with oxidative degradation.

It was the conclusion of the evaluation that the elbow connector failed as a result of severe molecular degradation of the nylon plastic resin. Degradation was indicated by the significant mud cracking and discoloration, as well as the oxidation indicated by FTIR.

Jeffrey A. Jansen is a senior managing engineer and partner at The Madison Group (www.madisongroup.com; +1 608-231-1907), an independent plastics engineering and consulting firm. He specializes in failure analysis, material identification and selection, and aging studies for thermoplastic materials, and has been solving polymer-related problems for 23 years, during which he has performed over 1,525 failure investigations. Jansen is a regular presenter for SPE’s webinar series, covering a wide range of topics related to plastics failure, material performance, testing, and polymer technology. 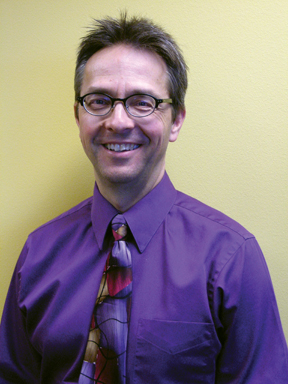