Seemingly simple errors by the designer can add up to millions of dollars or more in direct, indirect and opportunity costs. A hypothetical case study based on realistic situations will illustrate how this can happen.

A product designer is like the quarterback in American football. The quarterback is responsible for the outcome of each individual play and his successes and failures can have a significant impact on the fortunes of his team. Even the strongest offensive and defensive team cannot make up for the deficiencies of a quarterback.

Likewise, the design engineer plays a critical role in a product’s performance. The others in the team, such as the material supplier, the toolmaker and the manufacturer, cannot make up for the deficiencies in the design. A vast majority of the apparent material, tooling, processing and abuse issues also can be linked back to design errors.

As designers, we take pride in creating robust products. Every design should be robust enough to meet or exceed the functional requirement over the projected life, intended environmental conditions and the physical appearance. However, considering the competition and changing consumer preferences, every designer should also ensure that the product is as cost effective as possible.

Let’s take a look at what makes up the total cost of a product and what costs can be avoided or eliminated.

Avoidable costs are those that are attributed to the direct and indirect costs (scrap costs, wasted engineering resources cost, tooling costs, etc.) that occur due to design errors and engineering changes that could have been avoided. Figure 1 depicts the traditional cost of design change curve for the product lifecycle. As one can see, the cost of a design error and change increases exponentially, the later it occurs in the development lifecycle.

Companies pay even a bigger price if errors are detected after the product is delivered to customers. It not only leads to expensive recalls but can completely damage a company’s reputation.

The General Motors recall due to a faulty ignition switch is a recent example of how a simple design error led to huge losses for the company. The cost for getting the switch designed right in the first place would have been 57 cents per piece. 1The total cost of the recall was $4.1 billion, as of Feb. 4, 2015. 2

Figure 2 represents a commonly acceptable life span of a product.

The solid line shows the total anticipated sales for a product over its intended life. The dotted line represents what may happen to sales if the product release is delayed by four weeks. The difference between the integrals of the two curves potentially represents the total revenue loss or the total opportunity costs

Leading aircraft manufacturer Boeing Co. had to temporarily halt the deliveries of its Boeing 787 because of issues with the battery overheating. 3 This cost the aircraft manufacturer approximately $600 million 4 in direct costs. As large as this figure is, it may still be dwarfed by the lost-opportunity costs, which are harder to accurately measure. Losing the sales of even five or six aircraft to the competition may mean revenue losses of more than a billion dollars.

To explain the impact of simple design errors on overall product costs I will take the example of a handheld computing device.

In this hypothetical but realistic example, the assembly of a handheld computing device consisted of a plastic cover, a sheet-metal chassis to support the liquid crystal display, and four custom-machined studs that fastened the printed circuit board to the cover and metal chassis. The average selling price of the product was $300. The marketing department estimated total sales of one million units over three years. Design errors in the product led to engineering changes and rework, impacting product cost and time to market. On evaluating the situation, the firm identified that the errors were occurring primarily because designers were not aware of the proper design manufacturability rules. Additionally, because of timeline pressures, the design was released to tooling without the needed validation.

More importantly, these resources were not available for new product development as they were engaged in non-value-added rework and engineering changes.

Each engineering change to the tool cost an average of $5,000. Three changes each were made to the top and bottom cover, costing a total of $30,000 (see Table 5).

Because of the inadequate number of threads being engaged at the four corner bosses, they were stripping even on small drops. Additionally, because of the sharp corners along the edges of the covers, along with a sudden wall thickness reduction of 50%, the covers were under very high stress and were cracking in the operators’ hands.

The part pictured (see Fig. 3) actually shows these cracks on a similar part from the lotion on the users’ hands, causing severe cracks at a sharp corner inside.

The engineering changes and the work-arounds after the tools were completed delayed the product’s introduction by four weeks. The following (see Table 7) illustrates the loss in market share due to the delay. (For the sake of simplicity, let’s assume that the overall effect of lowering and compressing the sales curve equaled four weeks’ worth of revenue losses during its peak in the second year). That translates into a total loss of more than $13.8 million.

The total combined loss was $ 17.8 million, or almost 6% of the initially forecast revenue!

The preceding serves as an eye opener on the dramatic effect that seemingly minor design and manufacturability errors can have on the cost and performance of a product. Even the most experienced designer can let these errors slip through due the time and schedule pressures.

Fortunately, a ready solution exists to stop these errors right in their tracks, in the form of Geometric Ltd.’s DFMPro.

DFMPro is a CAD-integrated assistant for the design engineer that helps to detect design for manufacturing and performance issues right at the design stage. It helps both new and seasoned engineers as a sidekick, checking for design errors along with the explanations at the click of a button.

More importantly, it can be the designer’s dependable partner in guarding against the errors with total objectivity that conventional design-check processes with their inherent subjectivity will likely miss.

In the new competitive world, product designers are under tremendous pressure to produce robust designs at a minimum cost and in the fastest possible time. Engaging a powerful ally such as DFMPro can help designers to reduce costly mistakes occurring either due to human error or lack of manufacturing and performance-related knowledge. The program functions much like a spellchecker in a Word document, quickly detecting errors and recommending alternative solutions. 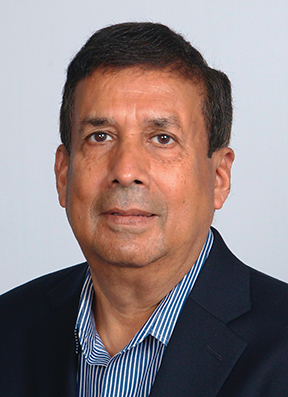 Vikram Bhargava is a plastics and Six Sigma consultant and trainer based in Somerset, N.J. Now self-employed, he previously worked for 20 years for Motorola Solutions Inc., as director of engineering. The holder of more than 20 U.S. and international patents, Bhargava was elected an SPE Fellow in May 2000.   He is currently writing a book called “Robust Plastic Product Design: A Holistic Approach,” due to be released later this year by Hanser.